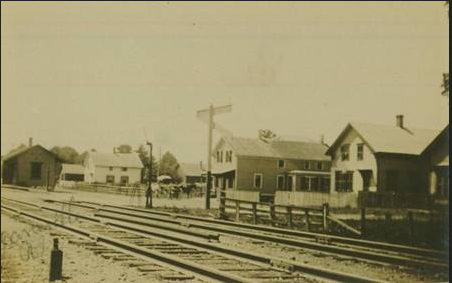 The Story of Davisville with Tim Cranston In-Person

Join us for a presentation by Town Historian Tim Cranston.

What we now know as Davisville, is really two separate villages. The earlier, Davis Mills, existed as early as the first quarter of the 1700's and, at its inception, was centered around the grist and saw mills of Joshua Davis on the banks of the Hunts River. Later, sons Joshua Jr. and Ezra Davis expanded to include a wool carding and fulling mill on the site. Eventually, in 1811, the Davis family operated a water-powered woolen loom here, one of the earliest in the region. The second village, known as Davisville began around 1870 at the intersections of Davisville and Old Baptist Roads. Its heart and soul was busy train depot, and later in 1889 the Reynolds Manufacturing Company's steam-powered textile mill. Both the Davis Mills and the Davisville textile mills have been demolished; the latter having been severely damaged by fire. These combined villages boasted numerous stores and shops and had their own schoolhouse and post office to complement the many homes constructed to house the countless mill workers that labored here over the decades. Join Tim Cranston on an “armchair” tour of these two intriguing villages.

This presentation is sponsored by the Friends of the North Kingstown Free Library.